THE DEMOGRAPHICS BEHIND THE STRENGTH OF TODAY'S HOUSING MARKET

The housing market’s unexpected resilience during an economy shaken by a worldwide pandemic surprised us all. Once shelter-in-place orders were imposed around the nation (with many choosing to self-isolate as a precaution), and hand sanitizer and other basic necessities began flying off the shelves, everyone expected the residential construction market to come to a complete standstill.

As we now know, that didn’t happen—not for very long, at least. New home sales were up 40% year over year in August, and we’re seeing record-breaking levels since 2006. And while the numbers aren’t out yet, September was surprisingly strong as well in what’s usually one of the slowest months for builders.

THE STATE OF THE ECONOMY


We’re currently experiencing a K-shaped economic recovery. Certain industries and segments of the population have done fine or even benefited from the changing face of the global economy, while others have been hit extremely hard.

Unemployment hit people in the services sector the hardest, impacting their house-buying power. Those not affected by unemployment have found themselves with more discretionary income or the newfound ability to make a down payment.

During a time when so many are spending more time at home, people are redefining their idea of what home means. For renters, that means not putting themselves at risk by touching the same doors and elevator buttons as their 50 closest neighbors. For existing homeowners, that means finding a home that better aligns with their current life stage or desired lifestyle.

Millennials are really the driving force right now behind the boom, especially in large metropolitan areas like Austin, Salt Lake City, Denver, Los Angeles, Houston, and even Seattle, despite record unemployment there. In fact, first-time buyers make up 40% of new home sales.

They’re continuing their migration out of the city and into the surrounding suburbs. Millennials are still climbing the career ladder and building up their savings, however, so builders’ current ability to raise home prices won’t last forever. 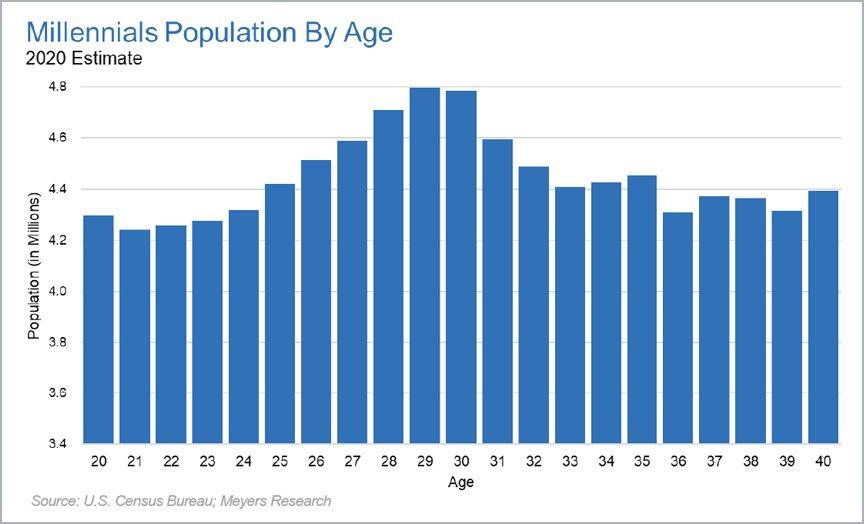 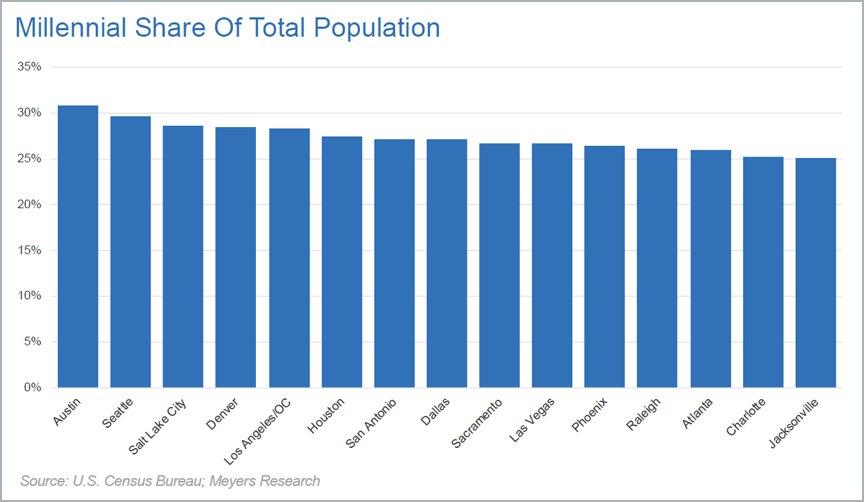 Boomers have been remaining in their homes longer than in the past. Almost 80% of Boomers in Los Angeles and 70% in Salt Lake City have been in the same home since 1999. Houston, Charlotte, Denver, and Seattle are all hovering around 60%. On top of that, only 17% are dissatisfied with current home. There are two groups in the active adult market making moves: “baby chasers” (following their kids and grandkids in millennial markets) and those relocating for a lifestyle change (predominantly to the Sunbelt and northeast).

Gen Xers are finally having their moment in the sun in the move-up market. They’re currently experiencing one or more life stage changes, whether working from home, living under the same roof with children and teenagers 24/7, or caring for aging parents. Thanks to lower interest rates and a high average equity gain year over year in many markets ($18,000 in California and $21,000 in Seattle), they’re taking this opportunity to find a home that aligns better with their current reality.


The housing industry’s economic outlook remains positive, but there are no guarantees. As long as a large number of people play it safe to avoid putting themselves at risk—not to mention if there is a second wave of coronavirus cases in the fall—the supply chain will continue to feel the strain.